The Palmeral of Elche, a landscape of groves of date palms, was formally laid out, with elaborate irrigation systems, at the time the Muslim city of Elche was erected, towards the end of the tenth century A.C., when much of the Iberian peninsula was Arab. The Palmeral is an oasis, a system for agrarian production in arid areas. It is also a unique example of Arab agricultural practices on the European continent. Cultivation of date palms in Elche is known at least since the Iberian times, dating around the fifth century B.C.

The Palm Grove of Elche was recognized by UNESCO which declared it a World Heritage Site in the year 2000.

All of our tours are available year round upon request. If you would like us to customize a private tour of Alicante for you, contact us with your requirements, and we will tailored your itinerary.

COVID-19 safety measures: please don’t forget to bring your surgical or hygienic face mask and antibacterial-antiseptic hand gel. Our guides are always using their own masks and antibacterial-antiseptic hand gel. Please keep in mind we are not providing masks or gel to our customers. Our company was recently certified by Spanish State Secretariat of Tourism as Responsible Tourism Company. This certification means we are strictly following the Guidelines on Measures to Reduce the Spread of the SARS-CoV-2 Coronavirus in the Tourism Sector. 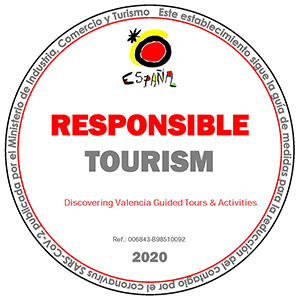